NICE-PAK INTERNATIONAL’S GENDER PAY REPORT AND SUPPORTING STATEMENT
As an employer who strongly believes that our objective must always be to fill a position with the most suitable person for the role, irrespective of gender, race or disability, we are fully committed to complying with the Equality Act 2010 (Gender Pay Gap Information) Regulations 2017.

We are confident that men and women are paid equally for doing equivalent jobs across our business. 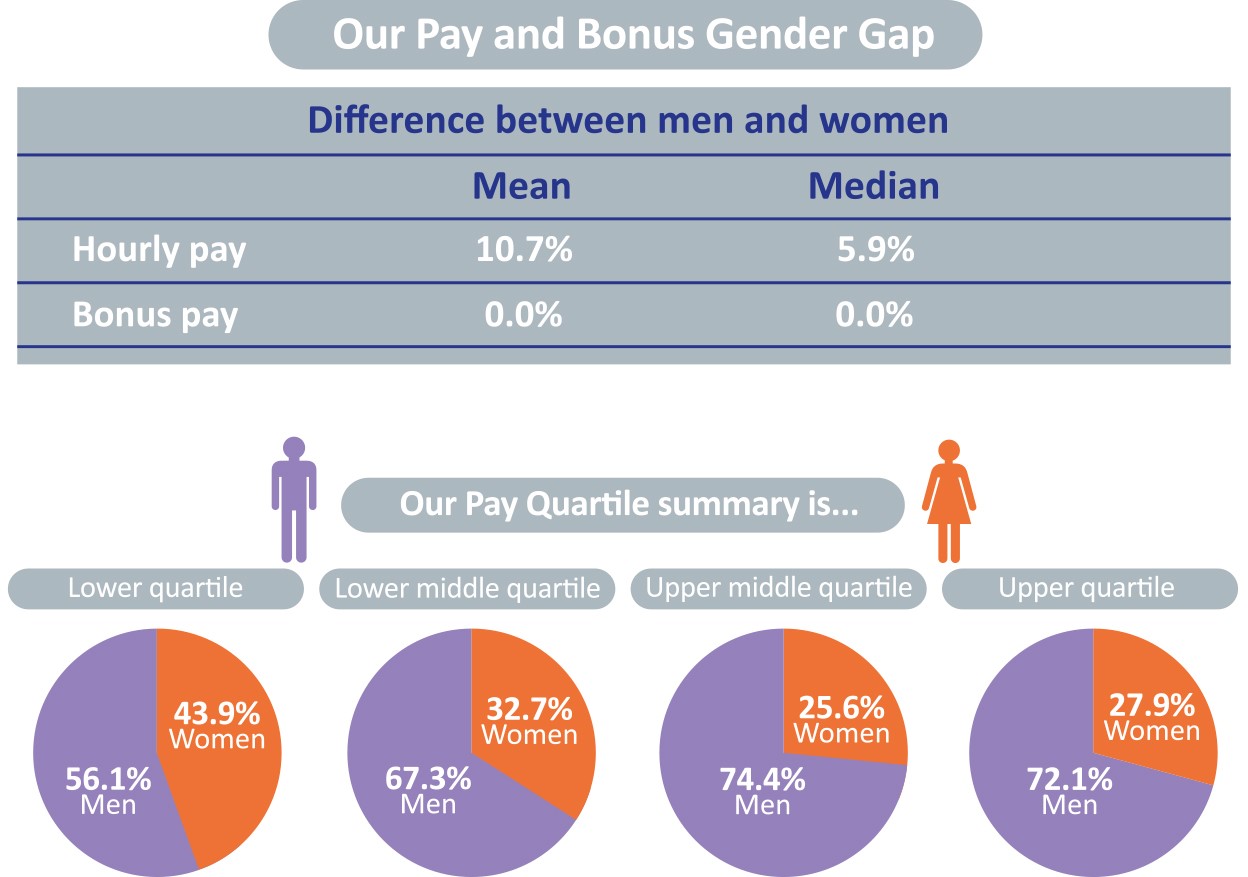 We are disappointed that our mean and median pay gaps have increased during 2018.

Whilst as a business our position remains as previously stated – to fill a position with the most suitable person for the role, irrespective of gender, this objective was thwarted during 2018.

During the year, a number of senior positions were filled by males due to an absence of female applications e.g. Factory Manager.  Our experience, i.e. a struggle to attract female applicants is not unique to Nice-Pak; indeed, it is a manufacturing sector wide challenge.  Whilst we will continue to try and influence at a local level, real progress will require action at a national level and starting at school age.

Another contributory factor behind the increase was the business’s decision to incorporate any shift premium into the core job rate.  This adjusted approach exacerbated two factors already identified in our 2018 report:-

Despite  the increase, our pay gap continues to be lower than the UK average, which would indicate that our approach contains some positive elements.  However, we remain committed to reversing the increase seen and reducing the rate further.  We will:-